If you believe that your court-martial verdict is unjust, fight it! The military makes it easy for you to appeal the court's decision. In fact, following all special and general courts-martial, a review of the verdict and sentence is mandatory. The convening authority will review the case first, and they may reduce the sentence or charge upon reexamination of the case and court proceedings. Then, if that appeal doesn't go as planned, the appellant may appeal to the court of appeals for his or her branch of the military. So if you are a member of the U.S. Coast Guard, feel free to fight your court-martial verdict by appealing to the Coast Guard Court of Criminal Appeals. 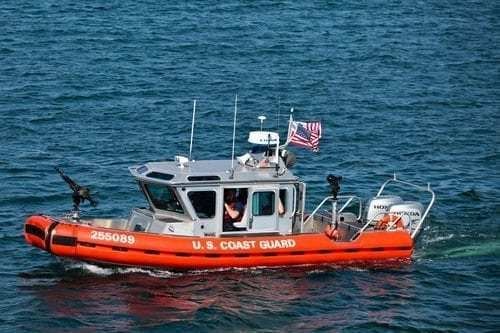 What is the Coast Guard Court of Criminal Appeals?

What is the composition of the Coast Guard Court of Criminal Appeals?

The CGCCA is composed of a Chief Judge and at least two additional appellate military judges, who may be commissioned officers or civilians. Currently, there are nine appellate judges. The appellate judges are organized into panels of three for the consideration of referred cases. Omitting the Chief Judge, all of the judges on the CGCCA have primary duties outside of the court, making their service a collateral responsibility. In addition, there are currently two clerks of the court.

When does the Coast Guard Court of Criminal Appeals review a case?

Not all courts-martial are reviewed by the CGCCA. First, the appellant must be a member of the Coast Guard. Second, the case must have been reviewed by the convening authority. Third, the sentence must extend to death, dismissal of a commissioned officer or cadet, dishonorable discharge, bad conduct discharge, or confinement of one year or more. A case with a less severe sentence may also be reviewed if the Judge Advocate General directs the CGCCA to hear it.

Finally, the court also reviews petitions for extraordinary writs, petitions for new trials that have been referred, and appeals by the U.S. under Article 62 of the UCMJ.

What does the Coast Guard Court of Criminal Appeals do?

The CGCCA reviews court-martial cases of members of the Coast Guard. It can affirm, reverse, or modify the findings or the sentence. You can review the court's rules of practice and procedure online.

Where will a case be reviewed after the Coast Guard Court of Criminal Appeals?

If a case is appealed after a review by the CGCCA, it will head to the United States Court of Appeals for the Armed Forces.