Courts-martial are not as glamorous or dramatic as they seem in the media. In reality, these proceedings have the potential to sidetrack military careers and ruin lives. Fortunately, defendants have the right to hire court-martial lawyers (including civilian attorneys) for excellent legal aid. 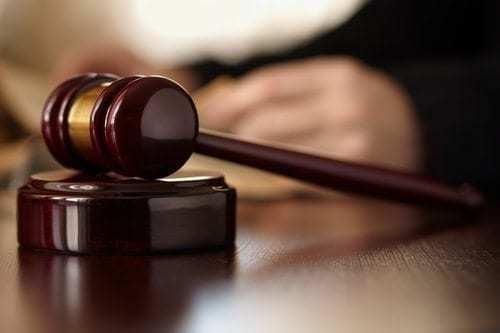 Courts-martial adhere to regulations set forth in the Uniform Code of Military Justice (UCMJ). The UCMJ establishes three separate types of proceeding, and each is associated with unique punishments and procedural rules:

The Role of Court-Martial Lawyers

Of the three forms of court-martial, only summary courts-martial don't include complimentary legal defense for the accused. However, you can hire civilian court-martial lawyers for any form of trial. In fact, doing so may be integral to protecting your rights. During the trial, the prosecution and defense will present an argument with evidence and also refute the opposition's evidence. Lawyers represent each side, arguing the case before the judge and jurors (known as members in a court-martial).

Without professional legal counsel, the defendant would struggle to disprove the allegations presented by the prosecution. In fact, the task may be impossible difficult, especially if the accused has limited access to legal resources while awaiting trial. Not only do you need to present a solid argument with strong evidence, but you also must follow standard court-martial procedures and UCMJ regulations.

Lawyers play an important role in questioning whether prosecutors actually satisfy the burden of proof requirement. Unlike civilian courts, jury decisions in courts-martial don't have to be unanimous. Depending on your case, a simple two-thirds majority might be enough to convict you.

Why Choose a Civilian Counsel?

Civilian lawyers who specialize in military trials often provide defendants with unique insights. Your military-appointed defender may not have the experience or perspective needed to mount an effective defense. Plus, the most skilled and knowledgeable JAG lawyers are often reserved for the prosecution, leaving defendants poorly represented.

In addition, remember that JAG lawyers will be paid for their services no matter what. Civilian attorneys, on the other hand, will fight hard for a favorable outcome, knowing that your win is also their win. You won't feel like just another case file, and you won't have to worry about a JAG lawyer's affinity for the military and loyalty to certain personnel influencing your future.

Note that you can retain your free military attorney while also hiring a civilian attorney to strengthen your defense team. In many cases, this is advisable.

If you or someone you know is preparing for a court-martial, contact the top-quality lawyers at Newsom & Gapasin. Whether you're under investigation, facing a court-martial, or seeking an appeal, our experienced and aggressive law firm would be happy to help. We focus on winning tough cases, some of which have been reported on by national media outlets like CNN, Fox News, Time, the Washington Post, and the New York Times. For more information, please give us a call at 1-(888) 919-8265 . You could also send an e-mail to [email protected] or click here to contact us online. We look forward to hearing from you!