Most Americans know the basic rights and procedures of a civilian trial, but very few understand how a military court-martial works. In fact, many civilians aren't even aware that members of the armed forces are subject to a different justice system (a system in which a judicial court is known as a court-martial, by the way). Although civilian trials and court-martials are based on the same values and share many basic elements, they have vital differences as well. To help you better understand both systems, today we're discussing some key disparities. Court-martial vs. civilian trial: how do they compare? 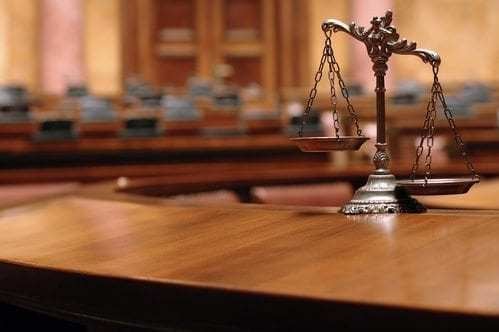 The military courts are governed by the Uniform Code of Military Justice (UCMJ), which provides the foundation for military law in the United States. Civilian trials, on the other hand, use rights and laws established in the Constitution.

American citizens are judged by a jury of their peers, and there are typically 12 jurors. Military juries, on the other hand, are usually commissioned military officers. However, the accused can request enlisted personnel in the member pool if they like. There is not a random jury selection. In addition, the number of jurors varies from three to a dozen depending on the type of court-martial.

Civilian courts require a unanimous verdict, and if the jurors can't agree, they are considered a “hung jury”and the trial is rendered invalid (i.e., a mistrial). In a military trial, only two-thirds of the jury must vote to convict. If less than two-thirds vote to convict, the verdict is “not guilty.” There are no hung juries, voting is completed by secret written ballot, and the jury does not determine the sentence. However, a unanimous decision is required to convict someone of death.

In the military, all service members facing court-martial are assigned a military attorney. However, they are not required to use this attorney. They can hire a civilian attorney if they prefer, or they can use both attorneys for help. In the civilian justice system, on the other hand, an attorney is appointed for the defendant if they cannot afford one.

As you likely know, appeals take an extraordinarily long time in civilian courts. Military court-martials expedite the process by allowing court-martialed service members to submit their case to the commanding officer who established the court-martial. This commander can grant clemency or reduce the sentence. Death sentences are automatically appealed, but service members don't always have the right to appeal to the Supreme Court.

In civilian trials, plea deals are very common. For example, a murderer might plead guilty and accept life imprisonment to avoid the death penalty, saving the courts both time and money. However, in a court-martial, the defendant isn't allowed to plead guilty if the prosecution is trying to secure the death penalty.

A general court-martial is the most serious type of court-martial, and before it can occur, an Article 32 hearing is required. During this hearing, the accused and their counsel are present and they are allowed to question the witnesses. There is not an equivalent procedure in the civilian justice system.

Court-martial vs. civilian trial: although they're very similar, don't underestimate the significant differences between these two judicial courts. Finally, if you or someone you know is preparing for a court-martial, contact the top-quality lawyers at Newsom & Gapasin. Whether you're under investigation or facing a court-martial, our experienced and aggressive law firm would be happy to help. We focus on winning tough cases, some of which have been reported on by national media outlets like CNN, Fox News, Time, the Washington Post, and the New York Times. For more information, please give us a call at 1-(888) 919-8265 , send an e-mail to [email protected], or click here to contact us online. We look forward to hearing from you!