Court of Appeals for the Armed Forces

The U.S. military is separate from the civilian world in many ways. Servicemen and women often live in exclusive communities, send their children to base-run schools, and visit military hospitals for their medical needs. They're also bound to the Uniform Code of Military Justice. Thus, legal issues and disputes involving active-duty military personnel are handled by a different jurisdiction than those involving civilians. The military counterpart of the U.S. Supreme Court is the Court of Appeals for the Armed Forces. 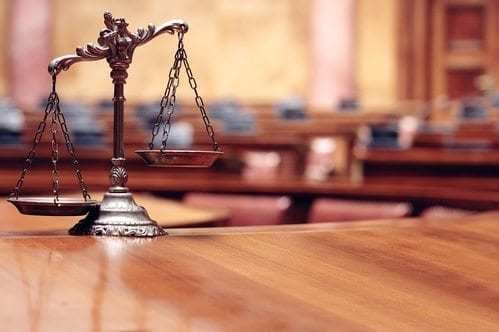 Understanding the Court of Appeals for the Armed Forces

Duties of the Court of Appeals for the Armed Forces

The UCMJ was officially enacted in 1951, and the Court of Military Appeals was created at that time. Originally, three judges presided, but in 1989, the number was increased to five. The President of the United States appoints the five judges, and the Senate confirms the selection. These judges serve 15-year terms but may seek re-appointment following the conclusion of their term.

In the Supreme Court of the United States, the Chief Justice is hand-picked by the current president when the previous chief retires or dies. The Chief Justice of the Court of Appeals for the Armed Forces, on the other hand, is a rotating position given to the most senior judge who has not previously served as chief. He or she holds the position for five years or until the end of his or her term.

The Uniform Code of Military Justice

During the case review process, justices will consult the UCMJ and use previous military cases as the basis for their decision. The UCMJ applies to all branches of the U.S. military, and it is subject to changes due to presidential executive orders.

While the term may sound intimidating, a court-martial is simply a judicial proceeding that's conducted by the armed forces. Just as in civilian court, individuals can be accused of any number of infractions, from ethics violations to criminal misconduct.

Five recognized arms of the U.S. military and four appellate courts handle courts-martial and other types of cases:

Once a lower military appellate court passes a judgment and a petition for review is filed and granted by the Court, the case is reviewed. If a Judge Advocate General requests a review, the Court grants that request. Additionally, the Court of Appeals for the Armed Forces reviews all cases that conclude in a death sentence.

In all cases granted review by the Court, free representation of the defendant is provided by the government. However, the serviceman or woman may also seek private civilian counsel. If the Court decrees that a conviction stands, the defendant is subject to repercussions that may or may not be similar to those in civilian court. For example, they can range from dishonorable discharge and a period of confinement to death.

Preparing for an Appeal

To ensure that your appeal goes smoothly, contact the top-quality lawyers at Newsom & Gapasin. You retain the right to an attorney at every level of the appeals process. Our experienced and aggressive law firm would be happy to help. We focus on winning tough cases, some of which have been reported on by national media outlets like CNN, Fox News, Time, the Washington Post, and the New York Times. For more information, please give us a call at 1-(888) 919-8265, send an e-mail to [email protected], or click here to contact us online. We look forward to hearing from you!