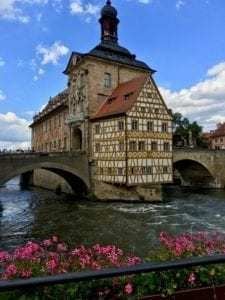 GAPASIN LAW GROUP handles cases throughout Europe, most notably, Germany, England and Spain.  Mr. Gapasin frequently travels to Europe to be physically available to represent his clients.  If you are under investigation or if you have been charged under the Uniform Code of Military Justice, CONTACT US TODAY.

Consider some of the cases we have handled out of Europe: 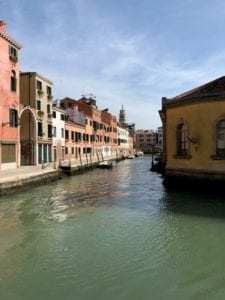 U.S. v. E-5, United States Army, Kaiserslautern, Germany.  Military Police Sergeant is charged with 9 specifications under Article 120 for rape and sexual assault, 1 charge under Article 128 for strangulation with a force likely to produce death or grievous bodily harm, and 1 specification for AWOL.  Sergeant retains Mr. Gapasin just prior to the preferral of charges.  Throughout the court-martial, Gapasin aggressively represents the client, filing motions for dismissal due to Unlawful Command Influence (UCI), and alleging the defective referral of the Article 128 strangulation charge.  The Military Judge did rule in favor of Gapasin pertaining to the defective Article 32 Preliminary Hearing so the judge ordered a second hearing.  The second Article 32 preliminary hearing also resulted in a finding of No Probable Cause as to the AWOL charge.  Gapasin had successfully litigated an MRE 412 motion to allow in key emails and text messages involving sexual behavior.  At trial, Gapasin thoroughly cross-examines the alleged victim using a number of emails and text messages to impeach the alleged victim's testimony.  Gapasin's theory was that due to his client divorcing the alleged victim, she quickly regrets compromsing throughout the marriage and once the client divorces her, she seeks vindication.  RESULT:  NOT GUILTY of ALL Charges and Specifications.  NO Federal Conviction, NO confinement, NO sex offender registration.

U.S. v. E-7, Vicenza, Italy.  Sergeant First Class with 18 years of service is accused of aggravated assault, the attempted strangulation of his wife and the aggravated assault of his daughter as well as other alleged physical assaults.  The Government prefers charges against the Sergeant First Class which are later referred to a General Court Martial.  Client faces a potential Dishonorable Discharge, years in prison and the loss of his retirement.  After extensive, aggressive litigation, Mr. Freeburg convinces the Government to dismiss the strangulation allegation.  Freeburg reveals a number of crushing evidentiary problems with the Government's case.  As a result, the Government agrees to a no-discharge, no-separation deal in the re-referral to a Special Court Martial, which is a lesser disposition compared with the General Court-Martial the client was facing.  With this deal, Freeburg protects the client's retirement.  RESULT:  NO DISCHARGE, and client is allowed to RETIRE.  Other minimal punishment.

U.S. v. E-6, RAF Lakenheath, United Kingdom. Security Forces Flight Chief (TSgt) is charged with providing a false official statement in an investigation against him.  He is also charged with dereliction of duty for failing to maintain a professional relationship with one of his female Airmen.  This is following a public flight outing in downtown Bury, St. Edmond.  Charges are preferred and he retains Mr. Gapasin to represent him. Gapasin immediately files a Motion to Dismiss due to Unlawful Command Influence against client's Commander. Motion is litigated, but case proceed to trial. Gapasin aggressively cross-examines female Airman, revealing perjury and even forcing her to confess that she gave a false official statement when she initially reported client. Gapasin questions multiple witnesses to dispel accusations of favoritism and unprofessional behavior. Gapasin also argues before Officer Panel how client's sworn statement was not false in relation to text messages between client and female Airman.  RESULT: FULL ACQUITTAL, NOT GUILTY to ALL Charges and Specifications.  NO Federal Conviction, NO Confinement.

U.S. v E-5, Rose Barracks, Germany. Sergeant is accused by the Government of BAH fraud, obstruction of justice, communicating a threat and fraudulent enlistment. Sergeant's estranged wife is the source of the more serious charges, making false allegations against him to avoid trouble for having committed past fraud against the U.S. Army and trying to claim benefits at her husband's expense. Charges are preferred to a General Court-Martial and Sergeant retains Mr. Gapasin. Gapasin represents his client at the Article 32 Preliminary Hearing and immediately exposes problems with the Government's evidence. Gapasin reveals at the hearing that an email containing threats to hurt his estranged wife was actually fabricated. The email was doctored by his accuser wife to make it appear that Gapasin's client was threatening to hurt her if she talked to law enforcement. Gapasin exposes multiple other fabrications on the part of the wife, to include lies about having gone to college, falsely claiming that Gapasin's client was the father of her son, and conjuring false allegations of being the victim of domestic violence. RESULT: NO Federal Conviction, NO Confinement. Government agrees to Chapter 10 request two weeks before trial after Gapasin files multiple motions and discovery requests.

USAG Wiesbaden, Germany. U.S. v. E-7.  Sergeant First Class with 18 years in the United States Army is involved in a serious head-on vehicular accident on the German Autobahn and charged with serious offenses, to include drunken driving resulting in injuries to three German nationals, committing an assault with a means likely to inflict death or grievous bodily harm, as well as false official statement and drunk and disorderly conduct.  The NCO denied these allegations from the beginning and had asserted that another individual was driving his vehicle.  Facing over 15 years of confinement and the loss of his retirement, NCO retains Mr. Gapasin to represent him.  Mr. Gapasin immediately obtains the appointment of several experts to the defense team, to include an accident reconstructionist, a biomechanic expert and a forensic DNA and blood splatter expert.  Defense contended that the injuries sustained by the client were not consistent with damages to the interior of the client's vehicle.  The driver side airbag revealed blood splatter but all hospital records revealed the client sustained no blood loss nor cuts or lacerations.  Following a contentious Article 32 hearing and several motions filed by Mr. Gapasin, all serious assault and battery charges as well as both statements for false official statement were dismissed.  RESULT:  DISMISSAL Of Serious Assault And Battery Allegations, NO Discharge Allowing Client To Retire After 18 Years.

Kaiserslautern, Germany. U.S. v. E-6. The client, an NCO military police dog handler and kennel master, was accused of sexual assault by one of his Privates. This Staff Sergeant denied the accusations in this “he said, she said” case and retained Mr. Gapasin to represent him. Charges preferred against the client involved allegations of maltreatment, sexual harassment, indecent acts by exposing himself multiple times and the use of his rank and position to coerce the Private into performing sex acts with him. She claimed the acts occurred when she and the client were alone in a Government vehicle for approximately five hours during a mission returning dogs to a kennel. Mr. Gapasin vigorously cross-examined the alleged victim exposing a number of lies in her testimony at trial and in her prior testimony at the Article 32 hearing. Panel acquitted Mr. Gapasin's client of all serious charges including the Article 120 charge.  RESULT: NOT GUILTY of Sexual Assault, NO Sex Offender Registration, NO Discharge, NO Confinement.

Kaiserslautern, Germany. U.S. v. E-7. NCO with 25 years of military service is charged with committing assault and battery against his estranged spouse. Government also prefers charges for drunk and disorderly conduct. NCO who faces the loss of his retirement retains Mr. Gapasin to represent him. At the court-martial, Mr. Gapasin aggressively cross-examines client's estranged spouse who fully recants from the stand and admits to fabricating allegations that NCO husband choked her in order to escape the marriage. Cross-examination also revealed that the estranged spouse was involved in an illicit affair at the time. Mr. Gapasin further cross-examines the military police from the scene revealing a lack of physical evidence contrary to the bruises they claimed to see on her neck.  RESULT: NOT GUILTY of ALL Charges and Specifications, NO Federal Conviction, Client allowed to retire after 25 years of service.

Aviano Air Base, Aviano, Italy. U.S. v. O-1. Officer is charged with three specifications of assault on other Air Force CGOs as well as disorderly conduct and conduct unbecoming an officer and a gentlemen. The accusations stem from alcohol-related incidents in Italy and Pag, Croatia. Officer denies accusations and retains Mr. Gapasin to represent him. At trial, Gapasin aggressively cross-examines several CGOs, labeling this “work hard, play hard,” clique of officers as “The Brat Pack.” Gapasin reveals a lack of corroboration in the CGOs testimony as well as blatant lying under oath. Gapasin exposes this group of officers who were unwilling to be accountable for their irresponsible, alcohol-induced conduct. RESULT: NOT GUILTY of ALL Charges and Specifications, NO Federal Conviction.

USAG Grafenwoehr, Germany. U.S. v. E-4. Accused Soldier is charged with 15 specifications of domestic violence against his wife and children. Specifications include assault and battery, communicating a threat, obstruction of justice, and even DUI. Government attempts to intimidate the accused informing him that it intends to pursue confinement of over 10 years. Accused hires Mr. Gapasin to represent him. Gapasin conducts extensive investigation and becomes aware of serious misrepresentations made by the accused's estranged wife. Gapasin advises client against the Government's offers to plead guilty and to agree to serious confinement. Following the Article 32 hearing, and in exchange for an involuntary separation, the Government agreed to dismiss all charges and specifications. RESULT: ALL Charges Dismissed. NO Confinement. NO Federal Conviction.

RAF Lakenheath, United Kingdom. U.S. v. O-3: Air Force officer charged with abusive sexual contact, stalking, aggravated assault.  Alleged victim even accuses this officer of taking a hot iron and pressing it against her arm, which she eventually shows in open court before an Officer Panel.  Media coverage by Air Force Times due to sexual offense allegations of this accused flier. Also one of the first contested Air Force trials involving newly legislated sexual assault laws under UCMJ Article 120.  Mr. Gapasin takes case to trial and the client is acquitted of all serious charges, including sexual offense, and multiple stalking and aggravated assault charges. The Officer Panel retains this Airman with 18 years of service. RESULT: NOT GUILTY of All Major Offenses. NOT GUILTY of Sex Assault Charges. NO Sex Offender Registration. NO Discharge.