How Long Does a Court-Martial Take?

As a rule, the military justice system is far more streamlined than the civilian system. Civilian trials can wait on the docket for years in busy jurisdictions, but military trials will almost never require such a brutal amount of waiting time. Instead, the overall timeline for a trial depends greatly on which type of court martial the charge has been assigned: summary court-martial, special court-martial, or general court-martial. Are you wondering, how long does a court-martial take? Scroll down to find out . . . 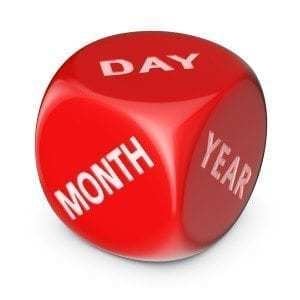 How Long Does a Court-Martial Take?

No matter which type of court-martial is used, the initial investigation will typically require the largest amount of time in the process. It is not uncommon for an investigation to last several months or more.

The initial investigation begins when the military suspects someone of a crime. Just like in the civilian system, the court uses an investigation to uncover additional information and gather evidence. At this point, you have not been charged of a crime, but you are considered a suspect. Investigators may conduct interviews or ask you to come in to make a formal statement. They may also request to look through your home or your belongings.

Keep in mind that you still have rights during this investigation, and you can refuse to cooperate in many respects. Also, remember that you always have the right to obtain counsel. It is in your best interest to find an experienced, reputable attorney as soon as you realize that you are under investigation.

The Levels of Court-Martial

After the initial investigation has been completed, the charging authority will recommend a specific level of court-martial. This recommendation is technically called a referral.

Summary Court-Martial is the lowest level in the military justice system. It is used for minor charges, so it requires the least amount of time. A summary court-martial involves just one commissioned officer, and there is no need to gather a panel or a military judge. If you go to trial at this level, the process can be completed in as little as a week. If your attorney attempts to make a deal for you, however, you may be waiting for 60 days or so.

Special Court-Martial is the intermediate level in the military justice system. Charges dealt with here are more serious, so the process will likely take more time. Generally, a special court-martial will conclude within three to six months. However, it may take more time if your attorney recommends using a military panel instead of the judge alone.

General Courts-Martial are used only for the most egregious offenses, so the process takes more time. A general court-martial requires an Article 32 hearing as well as multi-person panels, large numbers of witnesses, and more extensive evidence. The whole process will likely take somewhere in the range of six months to one year.

The court-martial process can be a very confusing and frightening time, so it makes sense that you would want the matter resolved as quickly as possible. Newsom & Gapasin understands your concerns and can help you successfully navigate the military justice system. To speak with our military law experts, give us a call at 1-(888) 919-8265 , day or night. We would be happy to help!