How to Avoid a Dishonorable Discharge 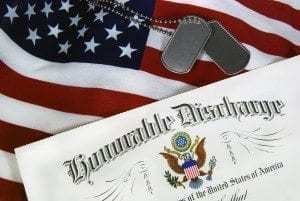 How to Avoid a Dishonorable Discharge

To help you learn how to avoid a dishonorable discharge, we're going to describe tactics you can use at each step of the discharge process:

One: The Investigation and Charges

One of the first things that will happen if you are suspected of a crime is a military-conducted investigation. As soon as you discover that you are under investigation, it is important to consult a military law attorney. You always have the right to obtain counsel. Keep in mind that you also have the right to reject search and seizure and remain silent if you so choose. Once the investigation is completed, charges may be preferred against you. That means that the military has decided to formally charge you with a crime.

An Article 32 Hearing occurs before the general court-martial. It is used to determine whether there is enough evidence to support the claims and involve the general court-martial. If you are wondering how to avoid a discharge at this level, the best way to do this is to present witnesses and evidence on your behalf. You can also cross-examine witnesses and testify on your own behalf if you desire. Your military attorney can help with this process.

If the Article 32 Hearing determines that there is enough evidence to move forward, then the case will proceed to the general court-martial. The general court-martial can impose a dishonorable discharge, but only if you are found guilty. Like the Article 32 hearing, you can present evidence and question witnesses to defend the charges against you. Your military attorney will also challenge the evidence presented and, if applicable, argue that your basic rights under the UCMJ were violated. The panel members, made up of officers and enlisted members, will then decide if you are guilty or innocent. If you are determined guilty, the case will move on to the sentencing phase.

An experienced military attorney can help you prepare the best case possible at each phase in this process. If you would like further information on how to avoid a dishonorable discharge, give Newsom & Gapasin a call at 1-(888) 919-8265 or contact us online. Let us put our experienced and aggressive court-martial defense team to work for you.