Is There a Jury in a Court-Martial?

If you're unfamiliar with courts-martial, your instinct will likely be to compare them to civilian trials. So, you might wonder if the potential punishments are similar, whether the accused has the same rights as a civilian defendant, and if a jury will be present. Today we're tackling that last query, posing (and answering) the question: Is there a jury in a court-martial? 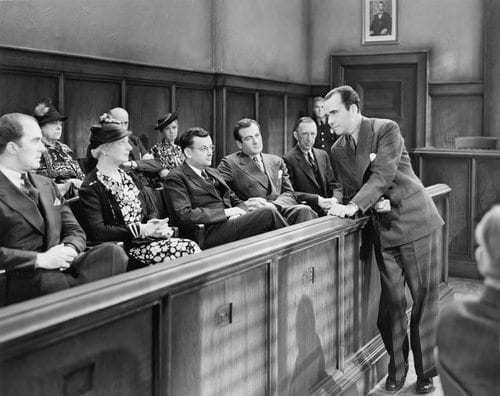 Is There a Jury in a Court-Martial?

Although military juries serve a similar purpose to civilian juries, they have a different title (in military parlance, jurors are known as “members” and a jury is a “court member panel”) and some unique rights and responsibilities. In addition, they are not present at every court-martial.

As you may know, there are three different types of court-martial: summary, special, and general. Summary courts-martial are used to review minor charges (i.e., misdemeanors), and they don't require a jury. However, special and general courts-martial, which are reserved for serious crimes, typically include a court member panel.

The charges will have been brought forward by a “convening authority,” and this officer will also select each of the members. The convening authority is expected to choose members who are well qualified based on their experience, length of service, training, age, education, etc., and they can choose as many members as they like as long as they meet the minimum requirements. A special court-martial must have at least three members, and a general court-martial must have at least five members. However, if the death penalty is a mandatory sentence, at least twelve members are required.

As you can see, although many courts-martial do include a “jury” of sorts, there are many differences between a court member panel and a civilian jury. So if you or someone you know is preparing for a court-martial, research court member panels to be sure you understand their role within the court. Then, contact the top-quality lawyers at Newsom & Gapasin. Whether you're under investigation or facing a court-martial, our experienced and aggressive law firm would be happy to help. We focus on winning tough cases, some of which have been reported on by national media outlets like CNN, Fox News, Time, the Washington Post, and the New York Times. For more information, please give us a call at 1-(888) 919-8265 , send an e-mail to [email protected], or click here to contact us online. We look forward to hearing from you!