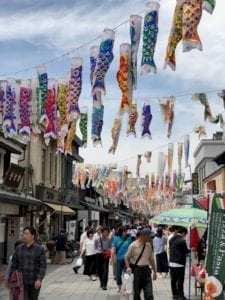 GAPASIN LAW GROUP handles cases in Japan and Okinawa.  When Mr. Gapasin was on Active Duty, he was stationed on Okinawa, so he is very familiar with the location and how legal matters are handled there.  Gapasin frequently travels to Japan and Okinawa to be physically present at hearings and trials. If you are stationed in the Far East and under investigation, or if you have been charged under the Uniform Code of Military Justice, CONTACT US TODAY.

Here are some cases we have handled out of Japan and Okinawa: 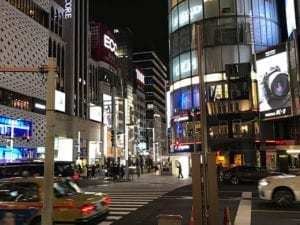 U.S. v. E-5, Misawa AFB, Japan.  Staff Sergeant is accused of the use and possession of illegally-obtained valium.  Accusations of his illegal use are made shortly following a urinalysis that was conducted which resulted in a positive finding.  Intensive investigation is made against the Staff Sergeant and notably against his wife, a nurse practitioner who purportedly had access to medications through the Air Force pharmacy system as well as through other channels.  Charges are preferred against the Staff Sergeant and he retains Mr. Gapasin to represent him.  Gapasin immediately files his request for the appointment of an expert toxicologist for purposes of trial.  Primary defense, however, is innocent ingestion, in that the accused innocently took or ingested medications without the knowledge that the medication was taken illegally.  Government requests that Gapasin stipulate to a number of witnesses in order to lay a proper foundation for entering evidence at trial against the client.  Government also requests that Gapasin permit two important OSI agents to testify via video rather than be physically present.  Gapasin rejects all Government requests and aggressively proceeds to trial.  RESULT:  ALL Charges are DISMISSED just before trial.  NO Federal Drug Conviction, NO Confinement, NO Discharge.

U.S. v. O-3, Camp Zama, Japan.  Captain dentist is accused of the possession of illegal drugs, false official statement and the solicitation of others to distribute unlawfully prescribed drugs.  Allegations were based on using his position as a dentist to illegally obtain drugs.  Captain accepted an Article 15 but then faced separation with possibility of an “Other Than Honorable Discharge” in a subsequent Board Of Inquiry (“BOI”) initiated against him.  Captain retains Mr. Gapasin to represent him.  Gapasin seeks to argue how his client had overcome the reason for the show cause proceeding by emphasizing the client's performance and exemplary conduct since the initiation of the investigation against him.  Gapasin drafts and submits a rebuttal to the Initiation of Elimination arguing that the elimination action be terminated and that he be retained pursuant to Army Regulation 600-8-4.  Client prepares an affidavit and includes in the submission.  Gapasin focuses on client's good military character, reasons he should be retained and how he has matured as an Army Officer and dentist.  Following submission of Gapasin's rebuttal, the Convening Authority reconsiders the initiation of the Show Cause Board.  RESULT:  Elimination Action TERMINATED, Captain overcomes reason for the show cause proceeding.  FULLY RETAINED, NO DISCHARGE.

U.S. v. E-5, Yokota AB, Japan. Fight between two Air Force members breaks out in “Bar Row” just outside of Yokota AB. The Government prefers serious felony assault and battery charges against Staff Sergeant. Alleged victim Airmen incurs a broken jaw resulting in multiple surgeries with extensive recovery. Government further charges the Staff Sergeant with the intent to inflict Grievous Bodily Harm, which carries additional years of confinement. With just 1-2 weeks before trial, Staff Sergeant retains Mr. Gapasin to represent him at court-martial. Gapasin moves the Court for a continuance which is subsequently granted. Gapasin finds clear self-defense on the part of his client. Gapasin aggressively cross-examines the alleged victim at trial and reveals his lack of credibility and exaggeration of facts. Witnesses whom Gapasin calls testify that the alleged victim bullied client's Airmen whom the client was defending, physically assaulted the client and yelled derogatory names at him while intoxicated. This Airman continues to “play the victim and not the bully” from the witness stand. Ultimately, serious assault and battery charges are dismissed and client is only found “administratively” guilty of disorderly conduct. RESULT: NO Federal Conviction. NO Confinement. NO Reduction in Rank. NO Discharge. Minor punishment of forfeitures and restrictions to base.

U.S. v. E-7, Torii Station, Okinawa, Japan, U.S. v. E-7.  Sergeant First Class assigned to 1-1 Special Forces is accused of attempting to deceive his chain of command with false official documents. Sergeant First Class is accused of forging a fictional commander's name on his leave forms when he attended a HALO course in the States, and with attempting to deceive his command when he allegedly modified his evaluation reports (called NCOERs in the Army).  He denies the allegations and retains Mr. Gapasin to represent him.  Gapasin investigates Special Forces unit and finds a culture of “unwritten,” sloppy policies regarding the process of taking leave in the States.  Gapasin also reveals major flaws in the evaluation process thereby revealing how his client did not intend to deceive anyone regarding his evaluation.  Gapasin goes to trial and cross-examines several high-ranking members of this Special Forces unit.  RESULT:  NOT GUILTY of both Article 107 specifications for forging a fictional commander's name and for modifying an NCOER with the intent to deceive.  NO Confinement.  NO Reduction in Rank.  Minor forfeiture of pay for unauthorized absence without leave.