GAPASIN LAW GROUP handles cases throughout Korea.  Mr. Gapasin frequently travels to Korea to be physically available to represent you.  If you are under investigation or if you have been charged under the Uniform Code of Military Justice, CONTACT US TODAY.  Call 1-(888) 919-UCMJ (8265). 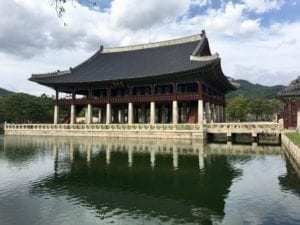 Consider some of the cases we have handled out of Korea:

U.S. v. O-3, United States Navy, Camp Humphreys, South Korea. With 16 years and 5 combat deployments in the military, Navy Lieutenant is accused of multiple incidents of sexual harassment, gender discrimination and creating a hostile work environment. The allegations were made against him by his female commanding officer (O-6), two other female O-3s and a female Air Force Staff Sergeant (E-6). A Board of Inquiry is initiated against the Lieutenant with the intent to discharge him with an Other Than Honorable (OTH) Discharge. Lieutenant retains Mr. Gapasin to defend him. Gapasin starts by obtaining numerous character letters on behalf of this former enlisted Force Recon Marine, to include a letter from an Army Major General who provides the board a very positive character letter on behalf of Gapasin's client. The Board is presided over by an O-6 and two O-5s. Mr. Gapasin cross-examines his client's CO and the two other O-3s. His cross-examination reveals a lack of credibility as the CO's testimony is contradicted by the O-3s, and vice versa. Gapasin's cross-examination of the E-6 reveals her poor duty performance and ultimately her lack of credibility. Gapasin also reveals how the primary O-3 who initiates the investigation against the client lies to the board and to the past investigating officer multiple times about her true role in the case. Gapasin reveals how this O-3 who reports the alleged misconduct is frequently touching not just Gapasin's client, but others in the work place eventually resulting in a harassment complaint against her as well. Mr. Gapasin ultimately calls an unbiased civilian contractor to testify. This contractor works in the same area of operations as the client and the accusing females. The past investigating officer never even asks him for a statement about his observations. He testifies that he observes the accuser O-3 frequently touching and appearing to be intimate with Gapasin's client. He not only exposes her lies, but also exposes several other lies by the other female accusers. Gapasin argues how his client never behaves in a manner that is "intimidating, hostile or abusive", nor that his conduct was at a level of being "severe and pervasive". RESULT: Mr. Gapasin's Client is FULLY RETAINED. The majority of allegations are FOUND UNSUBSTANTIATED. Gapasin's O-3 client with 16 years is allowed to stay in with the opportunity to obtain his FULL RETIREMENT BENEFITS.

U.S. v. E-6, Camp Casey, Korea.  Staff Sergeant is accused of multiple allegations made by a female Specialist.  One of the charged specifications alleged that he committed forcible oral sex in the Specialist's barracks room when she was too intoxicated to consent. This offense alone carried a maximum punishment of 30 years.  The Staff Sergeant's DNA was obtained from underpants of the Specialist.  Mr. Gapasin cross-examines the accuser and reveals multiple inconsistencies in her allegations. He also cross-examines the USACIL lab forensic expert and reveals DNA results that are inconsistent with the accuser's claim that she was forced to perform oral sex in the shower while too intoxicated to consent. Gapasin elicits testimony that reveals a lack of forensic evidence obtained from the Alternate Light Search (ALS) of the bathroom.  Officer Panel acquits client of forcible oral sex. Prosecutors ask for 10 years confinement for remaining offenses. Gapasin argues at sentencing and client receives NO confinement.    RESULT: NOT GUILTY to Forcible Oral Sex, NO Confinement.

U.S. v. E-6, Camp Henry, Daegu, South Korea. Staff Sergeant is charged with abusive sexual contact and attempted sexual assault of an intoxicated female Private. Incident started at a dance club in Seoul's Itaewon district and ended at the Private's barracks room on the Army's Yongsan Garrison. Two enlisted witnesses claimed to have seen the Staff Sergeant without his pants on and on top of or hovering above the incapacitated Private in her barracks room while alone. This was after she had vomited upon exiting a cab with the Staff Sergeant as they headed into the barracks. In addition to the two witnesses, barracks CCTV caught a video of the Staff Sergeant leaving her room by himself without his shoes on.  Staff Sergeant's saliva DNA was subsequently found on the inside of the Private's bra. Charges are preferred against Staff Sergeant.  Mr. Gapasin travels to Camp Henry and aggressively cross-examines the two witnesses, revealing a number of questionable inconsistencies and contradictions. Cross-examination of their friendship also brings suspicion, though any motive to fabricate is difficult to discern. Gapasin also reveals through cross-examination that his client's saliva DNA could have been transferred during consensual sexual behavior between the client and the Private in the taxi cab. Gapasin files a motion under MRE 412 to elicit certain consensual sexual behavior between him and the Private. Following the filing of the motion and after Gapasin's initial discovery request, Private declines to participate any further in the court-martial. Government moves forward with the two witnesses, but their credibility is somewhat questionable. Because the Government proceeds to trial with the two witnesses, Defense opts to submit a Chapter 10 request for discharge.  RESULT:  Chapter 10 Request is Approved. NO Federal Conviction, NO Confinement, NO Sex Offender Registration.

U.S. v. E-5, Camp Casey, South Korea. NCO is accused of sexually assaulting a female Soldier and later for committing assault and battery against two other NCOs in the same incident.  NCO adamantly denies sexually assaulting this Soldier despite the statement of an adverse witness.  Mr. Gapasin represents him during pending investigation and possible General Court-Martial.  Mr. Gapasin begins an investigation by contacting several witnesses.  Witnesses divulge that the accuser was flirting with Mr. Gapasin's client the entire night just before the alleged incident.  Mr. Gapasin contacts the OSJA regarding the case.  Within a month, the case against Gapasin's client is dropped. RESULT: Charges DISMISSED, NO Federal Conviction, NO Sex Offender Registration.

U.S. v. E-2, Yongsan Garrison, South Korea.  A young Private is accused with the stabbing of an alleged victim during a gang fight in Itaewon, just outside of Yongsan Garrison in Seoul, South Korea.  Testimony at trial and a video tape reveal that Gapasin's client did not stab the alleged victim.  RESULT:  Full Acquittal.  NO Federal Conviction, NO Confinement, NO Discharge.

U.S. v. E-3, Camp Humphrey, South Korea.  Soldier is accused of assaulting four Korean males and committing false official statement and disrespect of an NCO.  Mr. Gapasin defends this Soldier and represents him for non-judicial punishment with a possible court-martial.  After discussing with Gapasin, Soldier is prepared to opt for court-martial rather than proceed with non-judicial punishment.  Following Gapasin's involvement in the case, the United States does not move forward. RESULT: Case Dismissed.

The representation of a service member allegedly involved in the black market distribution of products in South Korea.

The representation of a service member for allegedly stealing over $60,000 in items from the PX in South Korea over the course of several months.

The representation of a service member for his alleged act of assaulting a South Korean taxi cab driver with a knife.