Misbehavior Before the Enemy

Some people claim that it should be easy to stay out of trouble in the military, but this clearly isn't the case for everyone. The Uniform Code of Military Justice, or UCMJ, contains definitions of numerous offenses that you might be charged with during your service. Few of these are as potentially confusing as “misbehavior before the enemy,” which is laid out in 10 U.S. § 899 Article 99. Today we're discussing what this broad crime means and how to deal with charges. 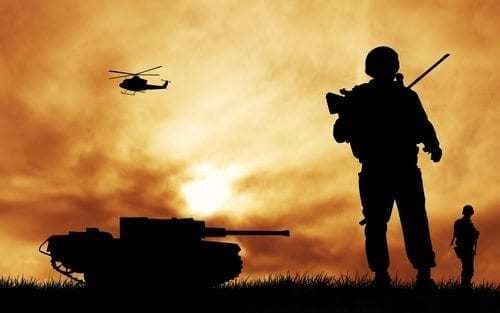 Defining Misbehavior Before the Enemy

Misbehavior before the enemy constitutes more than a simple wrongdoing. For instance, you probably won't be charged with this form of misbehavior for simply failing to keep your dress uniform properly cleaned while you're in a combat zone. Instead, the allegation is reserved for more serious crimes conducted in the presence of enemy forces, such as the following:

What Are the Penalties?

If found guilty of one the preceding allegations, you may face the harshest penalties possible. A court-martial panel can decide to sentence you to death, a lifetime of imprisonment, or other punishments as it sees fit.

The Case of Sgt. Bowe Bergdahl

U.S. Army Sergeant Bowe Bergdahl was famously held in captivity by the Taliban for some five years after leaving his post in Afghanistan. Although the Bergdahl incident was initially clouded by confusion over the circumstances under which the soldier left his unit, the Pentagon eventually concluded that he intentionally deserted. In 2014, he was charged with misbehaving before the enemy because he endangered the safety of his unit, who searched for him extensively after his disappearance. He also faced a separate (and less serious) charge of deserting his post so that he could avoid dangerous duty.

An initial hearing recommended that Bergdahl should face a special court-martial. The convening authority in the case, however, later ordered that he would go through a general court-martial for both charges. The courts-martial will occur in February of 2017.

Why You Need an Experienced Attorney

Cases like Bergdahl's illustrate the potential complexity of misbehavior allegations. While the death penalty may be unlikely in the majority of modern cases, you could still face a lifelong prison sentence. Because these charges involve complicated factors like your intentions in committing the actions you took and their end results, it's critical that you hire an experienced and knowledgeable attorney.

If you or someone you know is preparing for a court-martial, contact the top-quality lawyers at Newsom & Gapasin. Whether you're under investigation, facing a court-martial, or seeking an appeal, our experienced and aggressive law firm would be happy to help. We focus on winning tough cases, some of which have been reported on by national media outlets like CNN, Fox News, Time, the Washington Post, and the New York Times. For more information, please give us a call at 1-(888) 919-8265. You could also send an e-mail to [email protected] or click here to contact us online. We look forward to hearing from you!