A verdict is not always the end of a court-martial case. Special and general courts-martial are always automatically reviewed by the convening authority (i.e., the person who convened the court-martial in the first place). Amongst other important duties, this person has the right to reduce the sentence or charge, but they are not allowed to increase it. If the convening authority's review proves unsatisfactory, however, it can be appealed again to the court of appeals for your branch of the military. So if you are in the U.S. Navy or Marine Corps, you will appeal to the Navy-Marine Corps Court of Criminal Appeals. 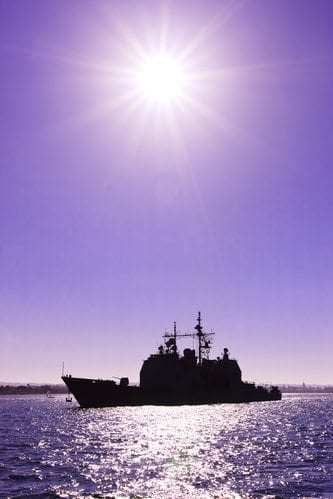 What is the Navy-Marine Corps Court of Criminal Appeals?

What is the composition of the Navy-Marine Corps Court of Criminal Appeals?

Located in Washington, D.C. in the Navy Yard, the court is composed of two judicial panels. Each panel is comprised of three appellate judges (one of which is appointed the senior judge), two law clerks, and one panel secretary. In addition, the clerk of court and docket clerk offer paralegal support to the entire NMCCA. As a whole, the court decides approximately 850 cases annually.

When does the Navy-Marine Corps Court of Criminal Appeals review a case?

The NMCCA reviews courts-martial of members of the Navy and Marine Corps if the sentence includes a punitive discharge, confinement of one year or more, or death. The court also reviews interlocutory appeals by the government, sub-jurisdictional cases sent by the Judge Advocate of the Navy, petitions for new trials, and extraordinary writs filed under the All Writs Act (source).

What does the Navy-Marine Corps Court of Criminal Appeals do?

The court conducts mandatory reviews of courts-martial of members of the Navy and Marine Corps. During the review, the court searches for legal errors, evaluates the sufficiency of the facts, and judges the appropriateness of the sentence. If an error has occurred, the court may set aside or modify the findings and/or the sentence. The court may also order a rehearing or dismiss charges. These actions are binding unless reversed by a higher court upon further review.

Where will a case be reviewed after the Navy-Marine Corps Court of Criminal Appeals?

After a review by the NMCCA, the next level of court-martial appeal is the United States Court of Appeals for the Armed Forces.