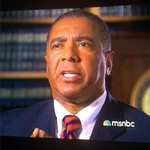 Retired United States Navy Commander (CDR) Abram “Abe” McGull is a federal attorney that spent the past 21 years as an Assistant United States Attorney prosecuting federal public corruption, terrorism, drugs and violent crime cases. His work with the Department of Justice has taken him to Iraq and Qatar as a resident legal advisor to those respective countries where he earned the State Department Meritorious Honor Award for expeditionary diplomacy in a hostile and dangerous environment.

In 2019, McGull became the elected city councilman of Springfield, Missouri for a four-year term. This is McGull's second stint in public office. He served as the elected Mayor of Pleasant Valley, Missouri in 1997.

He recently retired from the Department of Justice and opened his private law practice in Springfield, Missouri where he focuses his law practice on federal criminal defense, personal injury and mediation. He has extensive federal appellate experience that caused him to argue federal appellate cases in the 5th and 8th Circuit Court of Appeals.