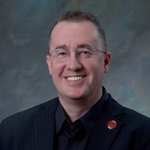 Will Worsham, Attorney at Law, Of Counsel

Will Worsham has been hailed as a preeminent Trial Lawyer for over 23 years. After graduating from Logan-Rogersville High School in 1989, Will attended Drury University until 1993 where he earned a Bachelors degree in English with Honors and a minor in Speech Communication. While there, Will was the Station Manager of KDCR 530AM and a member of SIGMA PI.

Will attended the University of Missouri School of Law from 1993-1996 and graduated with a Juris Doctorate. He passed the bar that summer.

Will was hired by a local, popular criminal defense lawyer, Shawn Askinosie. As an associate, Will started and ran a niche practice in Springfield, Missouri called The Ticket Center. Will ran the center until the fall of 1999 when he joined the Greene County Prosecutor's Office as an Assistant Prosecutor. Will eventually resigned as a Prosecutor and started his own firm where he still practices today.

In 2009, Will was selected by the Springfield Business Journal for their “40 under 40” award. Will served as a City Attorney for Rogersville and Fordland. He currently serves as the Municipal Judge for the Cities of Fair Grove, Billings and Strafford, Missouri.

Will has had the honor of serving as Master of Ceremonies for a number of local events including the American Cancer Society's Relay for Life, the Logan-Rogersville Educational Foundation's Wildcat Gala and the Juvenile Diabetes Research Foundation's Walk for a Cure. Will is a Certified National Instructor with the American Taekwondo Association and hold the rank of 4th Degree Black Belt.