The military is unique in that it has its own criminal trial system. Conducted by the U.S. military, courts-martial are used to try members of the military who have criminally violated the Uniform Code of Military Justice (UCMJ). Like all American criminal courts, they're adversarial proceedings, which means that attorneys represent the government and the accused. If you or someone you know is facing a court-martial, you will need to know which of the three types of court-martial it is—summary, special, or general—as this will undoubtedly affect how you proceed with the case. 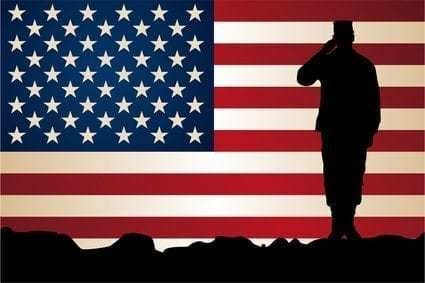 Summary courts-martial are simple procedures used to review minor charges against members of the military. They are headed by a commissioned officer, who may or may not be a lawyer, and the accused person isn't entitled to free representation, but they can hire a “civilian” attorney if they like. They have the right to cross-examine witnesses, call witnesses, produce evidence, and testify or remain silent. If found guilty, the accused will face relatively minor punishments, such as a confinement of 30 days, forfeiture of two-thirds pay for one month, and reduction to the lowest pay grade. A guilty charge will not result in a federal conviction, as a summary court-martial is only a form of administrative punishment.

Special courts-martial are intermediate procedures in which members of the military accused of less major offenses (i.e., misdemeanors) as well as military-specific offenses (like going AWOL) are tried. The accused can choose to be heard by (1) only a military judge, (2) a military judge and a three-member panel, or (3) only a three-member panel, and a military attorney is appointed to the accused. If found guilty, the accused may face year-long confinement, up to three months hard labor without confinement, forfeiture of two-thirds pay per month for up to one year, reduction in pay grade, and a bad conduct discharge.

As you might have guessed, general courts-martial are reserved for the most serious offenses (e.g., felonies). Before a general court-martial occurs, there is a pre-trial hearing known as an Article 32 hearing (though this can be waived by the accused) in which the court investigates whether or not there is evidence to support the claim. During the Article 32 hearing, the accused can examine the evidence, cross-examine witnesses, and make arguments. If the investigating officer recommends a court-martial after this, the accused can choose to be tried by either a military judge or a military judge and a panel of five members. If the accused is found guilty, any sentence can be declared (including death) so long as it is authorized by the Manual for Courts-Martial and fits the crime for which the accused was found guilty.

If you've been accused of a crime and are facing one of the three types of court-martial, it's important that you understand the specific type so that you know what to expect. You'll be able to learn more about the process, your rights, and the maximum punishment you might receive, all of which can affect the way you prepare for the procedure.

If you're looking for a top-quality military lawyer, contact Newsom & Gapasin. Whether you're under investigation or facing a court-martial, our experienced and aggressive law firm would be happy to help. We focus on winning tough cases, some of which have been reported on by national media outlets like CNN, Fox News, Time, the Washington Post, and the New York Times. For more information, please give us a call at 1-(888) 919-8265 , send an e-mail to [email protected], or click here to contact us online. We look forward to hearing from you!