What Is an Article 32 Hearing?

If you're facing a general court-martial, the number 32 will have special significance. After all, as general court-martials are reserved for the most serious offenses (crimes that civilians would commonly call felonies), the commander must first determine whether or not the evidence in the case supports the prosecution's claim, and that decision is made through an Article 32 hearing. 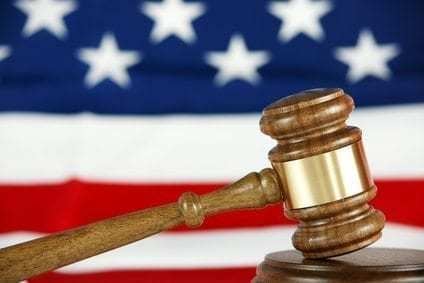 What Is an Article 32 Hearing?

An Article 32 hearing is a pre-trial hearing that occurs before a general court-martial. The name comes from Section VII (“Trial Procedure) and Article 32 of the United States Uniform Code of Military Justice (UCMJ). During an Article 32 hearing, the case is thoroughly and impartially investigated to determine if there is enough evidence to support the claim. After the hearing, the investigating officer can either recommend a court-martial or a dismissal of the case.

The hearing will be attended by the investigating officer, the accused, and the defense counsel, amongst others. At the hearing, the investigating officer will review the evidence and examine the witnesses. Testimony is given under oath or affirmation, although the accused can make an unsworn statement if they choose. The defense cross-examines the witnesses and presents evidence as well.

HOW YOU CAN PREPARE

To prepare for an Article 32 hearing, the accused must seek out a qualified and experienced defense attorney. They should also learn about their rights, including the following:

In addition, it's important to note that the accused must be given a copy of the report prepared by the investigating officer and the accompanying evidence. After reading the report, the accused has a limited amount of time to submit comments or objections to the commander directing the investigation.

So what is an Article 32 hearing? It is an important piece of the puzzle when you're involved in a general court-martial. To learn more about your rights and to thoroughly prepare for the hearing, be sure to consult an experienced attorney.

If you're looking for a top-quality military lawyer, contact Newsom & Gapasin. Whether you're under investigation or facing a court-martial, our experienced and aggressive law firm would be happy to help. We focus on winning tough cases, some of which have been reported on by national media outlets like CNN, Fox News, Time, the Washington Post, and the New York Times. For more information, please give us a call at 1-(888) 919-8265 , send an e-mail to [email protected], or click here to contact us online. We look forward to hearing from you!