What Is the Penalty for Desertion in the Military?

In the armed forces, desertion describes the crime of abandoning the military with the intent to permanently leaved the armed forces. It also applies to someone who deserts in an attempt to evade a critical service or avoid a high-risk duty. The intent of the accused isn't just a detail; it is the basis of the crime. Whether or not the person actually deserts, they may be found guilty if evidence of intent to desert exists. Deserting one's position in the military can have significant consequences, especially in times of war. So, you might be wondering, what is the penalty for desertion in the military? 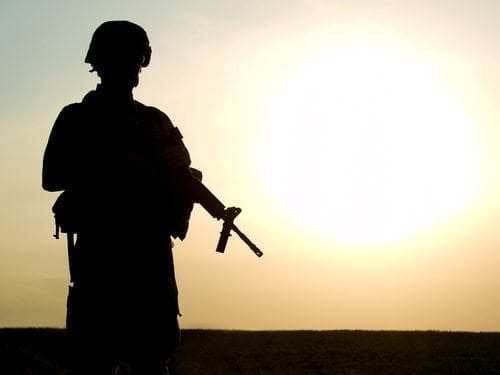 What Is the Penalty for Desertion in the Military?

Now that Sgt. Bowe Bergdahl is facing court-martial for desertion, more people than ever are interested in the crime and its potential punishments. Desertion is described in Article 85 of the Uniform Code of Military Justice (UCMJ):

(a) Any member of the armed forces who–

(1) without authority goes or remains absent from his unit, organization, or place of duty with intent to remain away there from permanently;

(2) quits his unit, organization, or place of duty with intent to avoid hazardous duty or to shirk important service; or

(b) Any commissioned officer of the armed forces who, after tender of his resignation and before notice of its acceptance, quits his post or proper duties without leave and with intent to remain away there from permanently is guilty of desertion.

The last portion of Article 85 answers part of the question, “What is the penalty for desertion in the military?” If a member of the armed forces is found guilty of desertion in a court-martial, the maximum possible punishment depends on the person's actions and surrounding circumstances:

In addition, in times of war, someone found guilty of desertion may be sentenced to death or a similar punishment (life in prison, for example). However, this is a very unlikely sentence. Since the Civil War, only one service member has received the death penalty: Eddie Slovik, who was executed for desertion in 1945.

Although desertion is often easy to prove, other factors may be taken into account. For example, if a soldier is suffering from post-traumatic stress disorder (PTSD) or another mental health issue, the matter will likely be considered in court. No matter what the situation, however, it is important that the accused has a knowledgeable and dedicated attorney by their side. Speaking of which . . .

If you or someone you know is preparing for a court-martial due, contact the top-quality lawyers at Newsom & Gapasin. Whether you're under investigation, facing a court-martial, or seeking an appeal, our experienced and aggressive law firm would be happy to help. We focus on winning tough cases, some of which have been reported on by national media outlets like CNN, Fox News, Time, the Washington Post, and the New York Times. For more information, please give us a call at 1-(888) 919-8265 , send an e-mail to [email protected], or click here to contact us online. We look forward to hearing from you!