A guilty verdict in a court-martial does not always seal your fate. Sometimes the conviction is unwarranted. For example, perhaps the military judge made a mistake or there wasn't enough evidence to justify a conviction. Or, perhaps the conviction was warranted, but the sentence is inappropriately harsh for the crime committed. Luckily, there is a way to right these injustices: the court-martial appeals process. 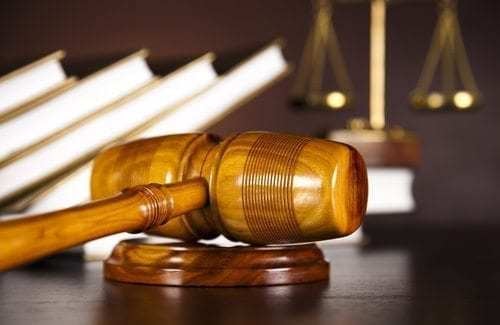 First, it is important to note that the court-martial appeals process depends on the type of court-martial. A conviction in a summary court-martial (the lowest level) typically does not lead to an appeal. However, if within two years of the conviction new evidence arises or there is a question regarding fraud, lack of jurisdiction, a prejudicial error, or the appropriateness of the sentence, the accused can request a review.

In special and general courts-martial, on the other hand, every conviction is automatically reviewed by the convening authority. This person can reduce the imposed sentence or the charge of which the defendant was convicted, but they cannot increase the sentence. To make an informed decision, the convening authority might ask the judge advocate for advice.

THE COURTS OF APPEAL OF THE MILITARY BRANCHES

In addition, if certain charges result in conviction, they are automatically reviewed by a military Court of Appeals. These include dishonorable discharge, bad conduct discharge, dismissal of an officer, confinement of a year or more, and death.

At the Court of Appeals, the court will review your case, searching for legal errors that played a deciding role in the conviction and assessing the suitability of the punishment. They will also decide whether or not you were proven guilty beyond a reasonable doubt. Like the convening authority, the court can change the sentence but they cannot impose a harsher sentence. In addition, if the defendant pled guilty, their plea may be reviewed as well.

THE U.S. COURT OF APPEALS FOR THE ARMED FORCES

If you are not satisfied with the results of your appeal to your branch's Court of Appeals, you may be able to appeal to the U.S. Court of Appeals for the Armed Forces. Anyone sentenced to death may use this court, but other cases will need to petition for their right to an appeal. Unless your case has been heard by the Judge Advocate General (JAG) and sent to the Court of Appeals for the Armed Forces, which is rare, you will have to fight for this right. In addition, this final court only searches for errors made by the previous appeals court. They will not review the entire case.

Finally, please note that the defendant is allowed to retain counsel throughout the court-martial process, including the pursuit of an appeal. So if you or someone you know is preparing for a court-martial, contact the top-quality lawyers at Newsom & Gapasin. Whether you're under investigation, facing a court-martial, or seeking an appeal, our experienced and aggressive law firm would be happy to help. We focus on winning tough cases, some of which have been reported on by national media outlets like CNN, Fox News, Time, the Washington Post, and the New York Times. For more information, please give us a call at 1-(888) 919-8265 , send an e-mail to [email protected], or click here to contact us online. We look forward to hearing from you!