Over the decades, there have been many significant courts-martial that broke boundaries and captured the public's attention. Although the cause for their notoriety varies, all of these famous court-martial cases are well known within the military justice system (as well as amongst the general public). Let's jump back in time to explore some of the most infamous American courts-martial. 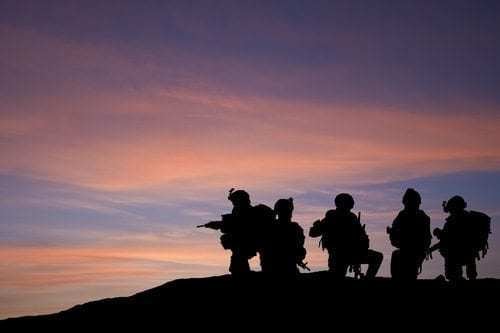 Although widely regarded as the father of the U.S. Air Force and instrumental in aiding the war effort through aviation in WWI, Mitchell was also known for his criticism of the military and his push for an independent air power. Following the crash of the Shenandoah airship in 1925, Mitchell declared, “These accidents are the result of the incompetency, the criminal negligence, and the almost treasonable negligence of our national defense by the Navy and War Departments.” For this, he was found guilty of insubordination and suspended without pay for five years.

A U.S. Army soldier during WWII, Slovik deserted his infantry when he was assigned to a front-line rifle unit in France. He confessed to the crime in a note, which ended, “I'll run away again if I have to go out there.” Slovik's case is notable because he is the only American soldier to have been executed for desertion since the Civil War. Although many soldiers have been sentenced to death since then, none of the executions have been carried out.

John Bennett was convicted of raping and murdering an 11-year-old Austrian girl in 1955, and he was sentenced to death. Although Austria has no death penalty and the victim and her family begged for him to be spared, Bennett was executed in 1961. His case is especially noteworthy because he is the last person to have been executed by the U.S. military.

In 1987, Ronald Gray pled guilty to raping three women and murdering two of them in addition to other crimes. The next year, he was convicted of these crimes, dishonorably discharged, and sentenced (unanimously) to die. Although President Bush approved the military's request to execute Gray in 2008, he is currently still living.

Americans were shocked by photographs that showed Lynndie England, a 21-year old Army private, abusing and torturing detainees at a prison in Baghdad in 2004. The next year, England was convicted of conspiracy, mistreating prisoners, and committing an indecent act. She was dishonorably discharged and imprisoned for three years.

At the age of 22, Bradley Manning (now Chelsea Manning) was stationed in Iraq as an Army intelligence analyst. Disillusioned and upset with the military, Manning sent classified material (including a video of U.S. troops attacking and killing civilians) to the whistle-blowing organization WikiLeaks. Manning was caught by a hacker, court-martialed, and found to be guilty of violating the Espionage Act. Reactions to the case remain mixed.

Although this court-martial hasn't actually occurred yet, it will undoubtedly capture the country's attention, as Bowe's story has already been hotly debated. In August, Bergdahl will face a general court-martial for two charges: desertion and misbehavior before the enemy. Keep an eye on this infamous case!

These aren't the only well-known courts-martial, but they're certainly striking and significant. For more intriguingly famous court-martial cases, check out the courts-martial of Nidal Malik Hasan, William Calley, George Armstrong Custer, and Benedict Arnold.

Finally, if you or someone you know is preparing for a court-martial, contact the top-quality lawyers at Newsom & Gapasin. Whether you're under investigation, facing a court-martial, or seeking an appeal, our experienced and aggressive law firm would be happy to help. We focus on winning tough cases, some of which have been reported on by national media outlets like CNN, Fox News, Time, the Washington Post, and the New York Times. For more information, please give us a call at 1-(888) 919-8265 send an e-mail to [email protected], or click here to contact us online. We look forward to hearing from you!