Focus On “Family” and “Fiance(e)” Visas 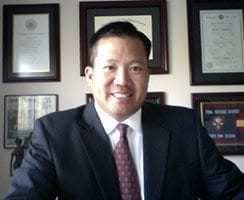 Whether you are a military service member OR civilian and need Immigration Representation, call GAPASIN LAW GROUP at 1-(888) 919-8265 . You can also email us using the form on the left.

Our firm represents clients in all areas of Immigration Law.  However, we definitely focus on the Immigration needs that both military service members and civilians will typically have, such as Spousal Visas and Fiance(e) Visas.  As a result, our firm tends to focus on Immigration matters involving spouses, fiance(e)s, and citizenship.

24 April 2020, Avoid Termination Of Your Naturalization

This naturally lends itself to handling Parole-In-Place applications for husbands, wives, parents and children of active duty or veteran service members.  Additionally, our firm will assist service members with Immigration matters involving issues for Employment and Adjustment of Status.

If you need a Visa and you are the Husband, Wife, Parent or Child of a Military Service Member or Veteran, you can Submit for Parole In Place (“PIP”), allowing you to get your Visa faster and easier.

Easier To Apply For Visas Or To Naturalize.

As a military service member, it is easier to apply for your Visa or to Naturalize and become a citizen.  Our laws make it easier for you to process your Immigration matters since you are on the first line of defense in our nation's military.  There are other benefits as well, and not just for you as the military service member.

If your husband or wife, or parent or child need a Visa, they too, can obtain a Visa without leaving the country and faster and easier than through the normal family petition.  Even such family members who entered the United States with irregular entry issues can be granted Parole in Place and adjust their status in the United States  (e.g., entered illegally or pending removal proceedings).

“PIP” was passed as a law in order to preserve family unity and address Department of Defense (DOD) concerns regarding soldier safety and readiness for duty.  Mr. Gapasin is an experienced Immigration Lawyer who is a former JAG and understands these types of Immigration issues that involve families with a military background.  Mr. Gapasin professionally and effectively represents clients around the world facing court-martial charges and complicated immigration issues.

GAPASIN LAW GROUP effectively handles clients throughout the entire United States to include Alaska and Hawaii.  The firm also maintains clients in Europe, such as in Germany, England and Italy, and throughout Asia, to include South Korea, Japan and the Philippines.

Immigration Law is federally-based so an attorney only has to be licensed in one State in order to practice in this area of Federal Law.  Mr. Gapasin is licensed in two States (NV and MO) and is also licensed in the highest court in the land, the United States Supreme Court.

It is hard to believe that there are Soldiers, Sailors, Marines and Airmen who are not U.S. citizens.  Thousands of non-citizens currently serve in our military.  In fact, approximately 10,000 non-citizens join every branch of the military every single year.  It is no wonder that Immigration Law deeply affects our military service members on a frequent basis.  Even citizens who are service members are affected by Immigration Laws.  U.S. citizens who are stationed overseas meet and marry foreigners or have children with foreigners, adopt children overseas or seek immigrant and nonimmigrant visas. Immigration Law issues are regularly encountered in JAG Legal Assistance offices in every branch all the time.

“The fact is, almost all potential clients who call me about their immigration case had already tried to do it themselves but failed.”

If you require an attorney who has a Military Background and Experience in Immigration Law to handle your case, contact GAPASIN LAW GROUP via email or by calling our office.

If you need help with an Immigration matter, call or email GAPASIN LAW GROUP so you know your rights and what to do when you are facing any of the above-listed situations.  Call 1-(888) 919-8265 or email us for a No-Cost Telephone Consultation.