When assigned an essay or a lab report, many students receive the following instruction from their professor: define your terms. The phrase comes from Voltaire, who wrote, “Define your terms, you will permit me again to say, or we shall never understand one another” (source). This worthwhile advice should be used even after you graduate, as knowing the definition of a word will help you better understand its meaning and implications. Accordingly, if you're in the military, you should probably know the legal definition of court-martial. You never know—it might come in handy someday! 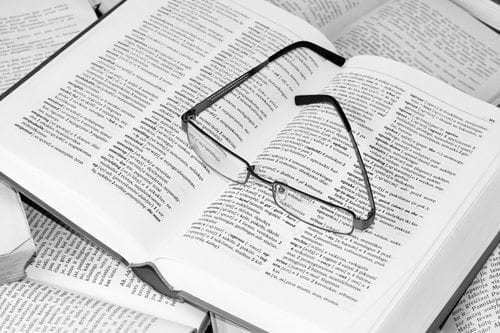 Established in the eighteenth century, the court-martial is a critical component of the U.S. military justice system, which is governed by the Uniform Code of Military Justice (UCMJ). If you search for the definition of a court-martial, here are some of the (very similar) descriptions you'll find:

In many ways, a court-martial resembles a trial in a federal court, with military judges taking the place of federal judges. The defendant is offered many of the same rights, including the right to remain silent and the right to counsel. However, there are significant differences as well. For example, in a court-martial jurors may pose questions to witnesses (and the judge decides which questions to allow). In addition, unlike in a civilian trial, if the accused chooses to plead guilty, the judge will conduct a detailed factual inquiry to ensure that the plea was made voluntarily and has a factual basis. You'll also find many differences in the appeals process, punishments, and terminology of courts-martials and civilian trials.

The UCMJ does not describe exactly what a trial by court-martial is, but it does describe all of the details involved, from the three types of court-martial to rights of the accused to potential punishments. If you're interested in learning more about courts-martial, please review our previous blog posts:

Finally, if you or someone you know is preparing for a court-martial, contact the top-quality lawyers at Newsom & Gapasin. Whether you're under investigation or facing a court-martial, our experienced and aggressive law firm would be happy to help. We focus on winning tough cases, some of which have been reported on by national media outlets like CNN, Fox News, Time, the Washington Post, and the New York Times. For more information, please give us a call at 1-(888) 919-8265 , send an e-mail to [email protected], or click here to contact us online. We look forward to hearing from you!