Although the military uses its own justice system, completely separate from the civilian court system, it can sometimes be hard to figure out who has jurisdiction. If civilian police were involved, does the state have the right to prosecute? Does it matter where the crime took place? Does the civilian county prosecutor often give jurisdiction to the military? Military vs. civilian court: who receives authority and why? If you're wondering who will take your case, we can help. Let's delve into the facts involved and the typical response from civilian prosecutors . . . 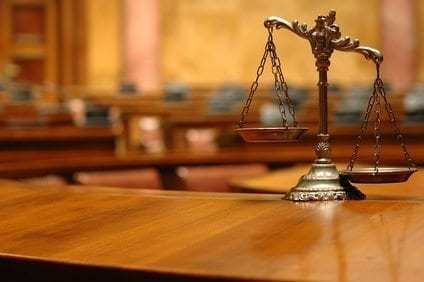 First, it's important to note that military courts have exclusive authority over purely military crimes, including mutiny, sedition, failure to obey an order, and insubordinate conduct. However, most crimes violate both military and civilian law (robbery, assault, and murder, for example). In these cases, will the military service member be tried in a civilian court, a military court, or both?

So who has authority?

If the incident that prompted the current investigation took place off-post, civilian police will initiate the investigation. They will likely also perform the crime scene investigation and police interrogations. After that, depending on the policies and politics involved with the incident, the civilian county prosecutor can choose to keep jurisdiction or hand it over to the military.

If it was a high-profile incident that engaged widespread interest amongst civilians, it is likely that the county prosecutor will retain jurisdiction. If this happens, the accused service member will need to hire a civilian attorney who is licensed in the state in which the county is located. In most other cases, the county respects the wishes of the military and the accused soldier (who typically want to prosecute under military law), and gives jurisdiction of the case to the military. This happens about 90% of the time.

Speaking of which, if you're looking for a top-quality military lawyer, be sure to contact Newsom & Gapasin. Whether you're under investigation or facing a court-martial, our experienced and aggressive law firm would be happy to help. We focus on winning tough cases, some of which have been reported on by national media outlets like CNN, Fox News, Time, the Washington Post, and the New York Times. For more information, please give us a call at 1-(888) 919-8265 , send an e-mail to [email protected], or click here to contact us online. We look forward to hearing from you!