Pre-Trial Confinement in the Military

Pre-trial confinement in the military is typically not as severe as the arrest of a civilian in the U.S. Criminal Justice System. When civilians are arrested, they're usually confined to the same area that they would be kept if they were found guilty, and they're only able to regain their freedom if they provide bail. There is no such thing as bail in pre-trial confinement in the military, and omitting some extreme cases, you aren't deprived of your circumstances. In general, if you're accused of an offense that requires a court-martial, the Fourth Amendment of the Bill of Rights still applies, protecting you from unreasonable search and seizure and requiring probable cause for arrest—or, in this case, pre-trial confinement. 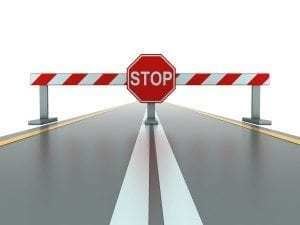 Pre-Trial Confinement in the Military

Pre-trial confinement in the military only occurs when it is absolutely necessary. It is rare, for example, to have pre-trial confinement ordered for a summary court-martial for a relatively minor offense. First of all, there needs to be what the Rules for Courts-Martial (R.C.M.) refers to as “probably cause, or reasonable belief” of all three of these items:

Pre-trial confinement should only occur if superiors believe there is a reasonable chance that the person will not appear at the trial or pre-trial hearings, or if there is a risk that the person will engage in further serious criminal activity unless confined. Factors in deciding this include the nature of the alleged offense, the mental state or character of the accused, and the likelihood that further misconduct will occur if not confined.

There are four basic types of pre-trial confinement in the military, each with different rules and regulations. It is interesting to note that the officer ordering the confinement won't “choose” from one of the types listed below, but rather, the specific orders he gives can be characterized in one of these four ways:

Upon being confined, the accused will be informed of the nature of the offense and the nature of the confinement. Then, they will be given the option to seek civilian counsel or request military-appointed counsel. The accused does not have the right to request specific military counsel. The R.C.M. stipulates that the accused must be brought to trial within 120 days, and pre-trial confinement will only end when a sentence is handed out, the accused is acquitted, or charges are dismissed.

Do you need help with your pre-trial confinement or preparation? If so, call the military lawyers at Newsom & Gapasin at 1-(888) 919-8265 . We would be happy to guide you through the process.