What Is a Special Court-Martial?

What is a special court-martial, and why is it so special? At the intermediate level of the military court system, special courts-martial are used to try members of the military who have committed minor crimes, which can be likened to civilian misdemeanors. The potential punishments are not as severe as those you might find in a general court-martial (where personnel accused of major crimes are tried), but they are more significant than the punishments found in summary courts-martial. To help you better understand special courts-martial, today we'll answer some common questions regarding the procedures, the possible punishments, and the rights of the accused. 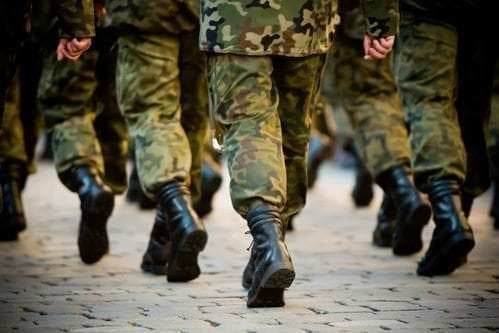 What Is a Special Court-Martial?

Who is present at a special court-martial?

Of course the accused will attend with their counsel, also known as the defense counsel. In addition, there will be a military judge, trial counsel (i.e., the prosecutor), and at least three officers acting as members (i.e., jurors). If the accused is enlisted, he or she can request that at least one-third of the jury be composed of enlisted personnel. In addition, if they prefer, the accused can request to be tried by a judge only.

Different offenses have different potential punishments, but the maximum punishment for someone found guilty by special court-martial would include all of the following:

An officer found guilty, however, cannot be dismissed from the armed forces or confined. Finally, several punishments are forbidden during special courts-martial, including death, dishonorable discharge, and dismissal.

Who defends the accused?

The accused has the following rights before a special court-martial:

The accused also has the following rights during a special court-martial:

If you or someone you know is preparing for a special court-martial, contact the top-quality lawyers at Newsom & Gapasin. Whether you're under investigation or facing a court-martial, our experienced and aggressive law firm would be happy to help. We focus on winning tough cases, some of which have been reported on by national media outlets like CNN, Fox News, Time, the Washington Post, and the New York Times. For more information, please give us a call at 1-(888) 919-8265 , send an e-mail to [email protected], or click here to contact us online. We look forward to hearing from you!