The military court system is divided into three types, where the accused are tried based on the severity of the crime they have committed. The type of court-martial used affects the potential punishments, the process, and the rights of the accused, amongst other details. If you'd like to better understand each type, let's start at the beginning by answering the question, “What is a summary court-martial?” 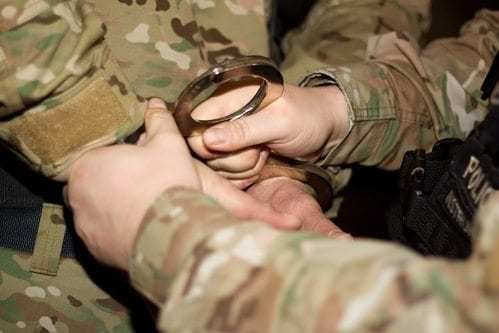 A summary court-martial is the lowest level of the military courts, and it does not have a direct civilian equivalent. However, it is essentially used to try enlisted members of the military for relatively minor misconduct. It uses a more simple and streamlined procedure to resolve the accused of charges.

Is a summary court-martial the only option for the accused?

In fact, no. The accused must consent to a summary court-martial. If they do not, the allegation and charges can be resolved and discarded through other means. The accused's command will decide how to proceed in this case.

In addition, it is important to note that officers may not be tried by summary court-martial.

Punishments are based on the accused's pay rank:

Will the accused receive legal representation from the military?

The UCMJ does not require the military to provide legal representation for an accused person facing a summary court-martial. However, some branches (such as the Air Force) provide free military counsel regardless. In addition, the accused is allowed to hire a civilian attorney at their own expense.

The accused has the following rights before a summary court-martial:

The accused has the following rights during a summary court-martial:

So what is a summary court-martial? It is the lowest level of the courts, reserved for minor crimes and misconduct. If you or someone you know is preparing for a summary court-martial, contact the top-quality lawyers at Newsom & Gapasin. Whether you're under investigation or facing a court-martial, our experienced and aggressive law firm would be happy to help. We focus on winning tough cases, some of which have been reported on by national media outlets like CNN, Fox News, Time, the Washington Post, and the New York Times. For more information, please give us a call at 1-(888) 919-8265 , send an e-mail to [email protected], or click here to contact us online. We look forward to hearing from you!